As part of its SLP, South Deep has identified a range of local economic development (LED) projects to be implemented in host communities and in labour sending areas. The objective of these projects is the eradication of poverty and community upliftment. These projects are identified in consultation with the local authorities, communities and other key stakeholders and within the context of the region’s Integrated Development Plan (IDP).

South Deep’s approach is matched by clear delivery principles and standards where projects supported must:

South Deep participates in the socio-economic development initiatives of the Rand West City Local and West Rand District Municipalities and supports projects that are aligned to their IDPs. There are various factors these projects take into consideration, including:

South Deep draws employees from various communities in South Africa. The Eastern Cape is a focal labour sending area as a significant number of our employees come from this impoverished province.

The projects undertaken by South Deep are mainly in villages where infrastructure and resources will yield the highest impact and deliver on the mine’s intention to invest in communities where a substantive number of employees come from. LED Projects in the labour sending areas are geared to address: 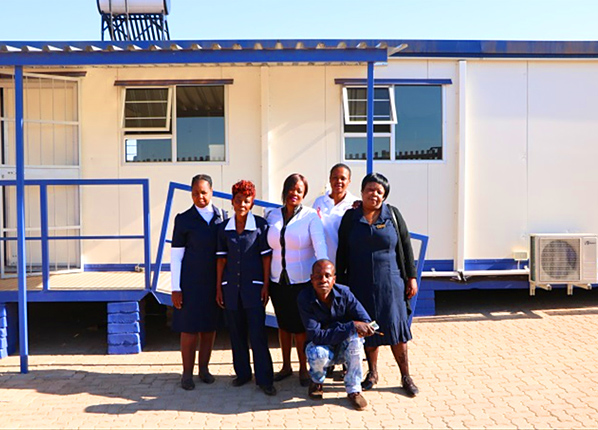 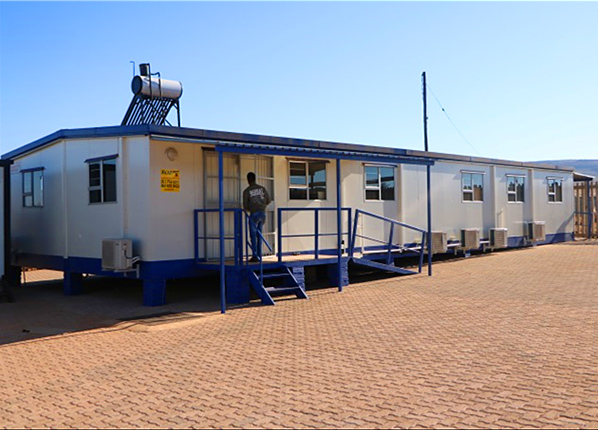 One of the SLP projects undertaken by South Deep that has had the most sustained impact ni its host communities is the Thusanang Clinic. Completed in October 2016 at a cost of R1.4 million, the Thusanang Clinic not only provides much needed medical services to the 8,000 residents of the Thusanang informal settlement, but is also a facility accessed and frequently used by the people of the broader Rand West municipality.

Thusanang is an informal settlement on the border of South Deep mine’s property, close to its South Shaft complex. Unfortunately, this settlement is situated on land that is privately-owned, and not owned by the mining company itself. Because of this, the municipality (and South Deep) has no jurisdiction to provide much-needed services to the community such as electricity, roads and flushing sanitation. For this reason, Thusanang has been the poorest and most desperate of the host communities living in the shadow of the South Deep mine.

But of all the services the community lacked, access to health facilities was always the greatest burden for the community to bear. Prior to October 2016, the only access to such services was a mobile clinic that visited the community once a week. It is for this reason that South Deep identified the provision of health care as a priority project.

Because the land is privately-owned, a brick and mortar structure could not be built on the property. South Deep, therefore, decided to construct a pre-fabricated structure that could be erected and remain within Thusanang for an indefinite period of time. The facility was designed and built with a number of consulting rooms, a medical waste and refuse area, a generator and a spacious waiting room.

Since, its opening in October 2016, it has provided - and continues to provide - a comprehensive range of services including child health services, expanded immunisation programmes, maternal services, family planning, cancer screening, chronic disease management, emergency and rehabilitation services and general health promotion. The clinic is staffed by a team of full-time nurses, with a doctor visiting once a week. It operates from 07.30am to 16:00pm Monday to Friday.

As well as bringing much needed medical services to the area, the clinic employs six local members of the Thusanang community on a permanent basis, which is another way that South Deep has contributed to the economic upliftment of its host communities.

South Deep has also undertaken a number of smaller, non-SLP-related projects that are intended to make a real and meaningful impact on the lives of the poorest of people living in the shadows of the mine.

One such project was the provision of a house for a destitute grandmother and her two orphaned grandchildren living on the outskirts of Bekkersdal. This project, called the Mandela House, was part of South Deep’s contribution to the annual Mandela Day activities in July 2018. Mandela Day, which occurs on 18 July, honours the legacy of Nelson Mandela, South Africa’s former President and struggle hero, through volunteering and community service.

The beneficiary was 69-year old Gogo Makgotso Lephane and her two grandchildren. Gogo Lephane had lived in abject poverty most of her life having only a corrugated tin shack to call home. While she had been a resident of the Rand West municipality almost all her life and had been one of the very first to apply for an RDP house, she had always been overlooked. She was identified as a beneficiary by local businesswoman Mantwa Mohlokoane, who was instrumental in organising support and contributions from various companies.

All South Deep employees contributed financially, and in some cases with their time too, towards the construction of the building and landscaping of the property. The house, which was built in Westonaria Borwa, has three-bedrooms, a kitchen, lounge and bathroom.

South Deep’s contributions were matched by Crimson King properties, which donated the land, Sandvik, Kaltire and AARD, which donated furniture for the house and toys for the grandchildren.

This project not only speaks to the generous spirit of South Deep employees, and its corporate partners, it is also a shining example of the level of social upliftment that can be achieved with the spirit of collaboration between all stakeholders.

South Deep Mine has a long-standing relationship with Modderfontein Primary, a school situated in the town of Hillshaven. This town is one of the nine host communities identified as being directly impacted by the South Deep operation.

For many years the mine had paid for the services of a librarian to run the school’s library. This not only proved to be a benefit for the school children but, more importantly, for the broader Hillshaven community who also accessed the facility.

But in 2014, South Deep decided to cement its support for the school further by constructing new netball courts. Netball is a popular sport in the Hillshaven community and the broader Westonaria Municipality.

To further improve this sports facility, in 2017 South Deep paid for the construction of dedicated ablution facilities adjacent to the netball courts. And to ensure the security of the courts, South Deep funded the erection of a palisade fence around the sports complex.