The orebody that is mined at South Deep is one of the largest gold deposits in the world – as measured by Mineral Reserves - and so its geological composition is of particular significance and interest. 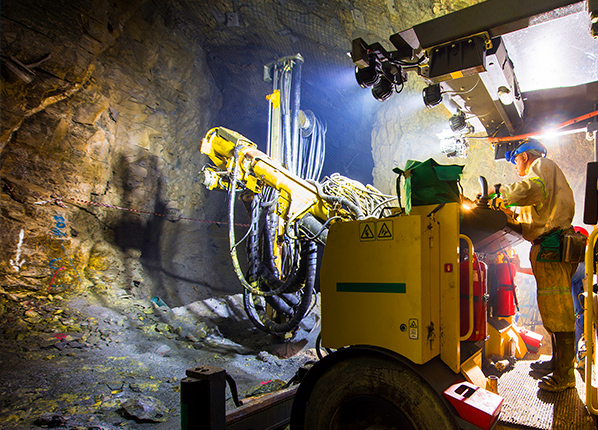 The mine is located in the West Rand region on the north-western rim of the world-renowned Witwatersrand Basin. The Wits Basin, as it is more commonly known, is the single largest gold-producing district in the world, measuring 300km in length and 160km in width.

The Wits Basin was formed between 2.7 billion and 3.1 billion years ago and attains a depth of 6,000m. The origins of the gold within the reefs is best described by the modified placer theory – which means that the gold was deposited by a river system and by gold-bearing secondary fluids that percolated through the orebody after deposition.

Since its discovery in 1886, more than two billion ounces of gold have been mined from the Basin, equivalent to more than one third of all the gold ever mined.

The Basin consists primarily of layers of sedimentary rocks, which are rocks deposited by a river system. The layers of sedimentary rock that contain the gold reefs are known as conglomerate reefs and these are primarily composed of rounded pebbles with the gold occurring between these rounded pebbles. A number of gold-bearing reefs have been exploited over the past 135 years at various locations within the Basin.

South Deep currently exploits the Upper Elsburg Reefs, the youngest of the Wits reefs within the Central Rand Group and located at an average depth of 2,700m below surface. 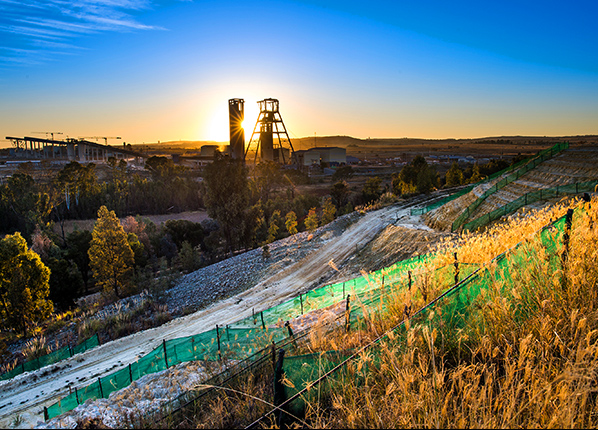 The orebody is massive in nature, which means that, compared to a discrete ore body, it requires a mining technique for efficient removal of large amounts of ore at a time. It is rather unique to the Wits Basin, comprising a series of alternating sedimentary layers including conglomerates (reefs) and sandstones (fine-grained rocks). These form a wedge originating in the West of the South Deep property, widening from the centre, to reach a maximum thickness of 120m in the East.

Within this wedge, there are up to 11 reef horizons (near horizontal layers of sediment in which the gold is located) with individual reef horizons reaching a thickness of 20m.

This divergent wedge is believed to be the result of rapid movement in synsedimentary (formed in sediment) east/west trending faults that cause a series of uplifts (where rocks that were once underground are brought to the earth's surface through natural causes) with associated transgressions and regressions. This gives rise to the alternating conglomerate and quartzite units and the staggered nature of the sub-cropping of the various units against overlying units.